Power of the People: How Crowdfunding Has Grown into a Massive Industry 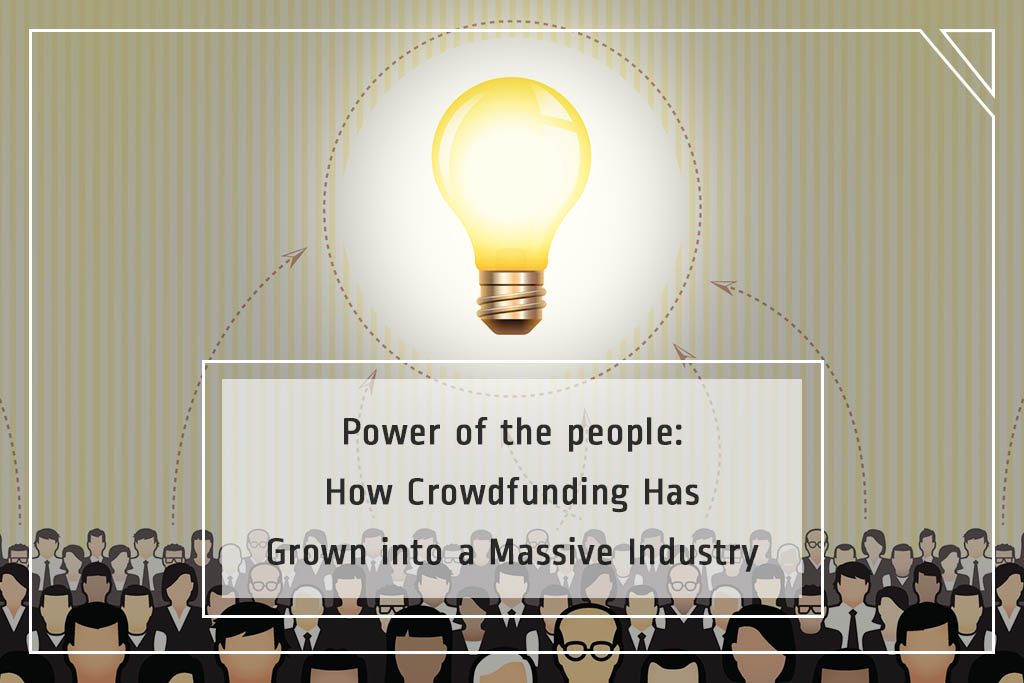 Crowdfunding is a word that has become increasingly prevalent in online financial discussions. Along with ‘start-up’ or ‘disruptor’, it’s a piece of jargon that seems to have become ubiquitous, so much that even people who wouldn’t ordinarily be acquainted with the complexities of investment would know what it means.

What Does Crowdfunding Mean?

Crowdfunding is, as according to Investopedia, “the use of small amounts of capital from a large number of individuals to finance a new business venture.” This means that a company, a group, or an individual would appeal directly to the online public who, if they were interested in their endeavour, could be persuaded to send in a small amount of money to contribute to it, sending in money by means of pledges through online payment gateways.

What Do People Get in Return?

In some platforms such as Kickstarter, one of the most popular of the crowdfunding platforms, what you send in will be related to what you get in return. Either it would be an early model of a product that the contributor is giving money to, or they would get a whole package (if the contribution is large enough).

For some crowdfunding platforms, however, such as GoFundMe, some won’t really receive a tangible benefit at all. Crowdfunding is a popular method by which charitable projects have been held, usually to help someone who is ill or a project to help someone else financially.

How Crowdfunding Became a Hit

Crowdfunding became a hit because it actually worked. Not a lot of people would believe that simply asking people for money would have been effective, but crowdfunding through safe channels made it work. It allowed people to band together to support a platform they really felt a connection to. Products that would not have otherwise gotten the funding through venture capital instead appeals to the emotional, donation-based attitude of people to gain its capital.

It is expected that crowdfunding will simply continue to grow throughout the coming years as it has become such an effective model particularly for start-ups and for non-profit organizations that need monetary funding. The word of crowdfunding has already spread, with noteworthy, particularly successful operations gaining media attention, thus shedding even further light onto the success of the crowdfunding method.

There is one more thing that venture capital cannot do in the way crowdfunding can: it cannot scale. Not only is VC limited to entities that have been accredited and subsequently vetted by regulatory bodies, but it cannot rapidly respond to accommodate massive attention and growth. However, crowdfunding can. Many crowdfunding platforms set a “goal” amount, and the most successful ones break those goals at least ten times. The company would, therefore, be able to have all the funding they need to meet the needs of the viral demand.

Because it has become so successful, many analysts believe that from 2016 and beyond, there is every chance that crowdfunding would eventually surpass VC as the go-to choice for start-ups and for companies with great products looking to lift it off the ground. This is what is called a more “collaborative economy”, which allows every man, and not merely large entities or corporations, to take part in actively investing in a product or a service in order to boost it towards success.

Equity has so far doubled with every year that crowdfunding has existed. Hypothetically, crowdfunding is expected to surpass $36 billion by 2020.

Keep updated on the latest issues and facts about Fintech by following Texcent Asia Inc.

The mobile payments market continues its growth this 2017. Some experts share that this…

How Mobile Wallets Can Make Your Daily Life Easier

All in One Payment Apps: What Should You Expect?

Which Country is Taking the Lead in the Fintech…

Have you ever come across the term Financial Technology? It’s usually known as FinTech,…

How Safe are Mobile Wallets?

Continuous innovation of mobile wallets has been disrupting the financial markets. People are slowly…